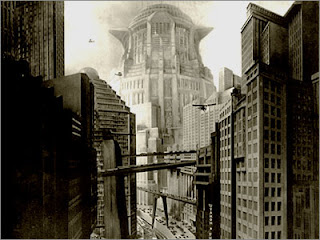 The New York Times just ran a long profile of childhood bipolar disorder, by Jennifer Egan; it is a judicious account that makes for compelling reading (although Furious Seasons does not agree). While alluding to the usual suspects in trying to explain the growing prominence of bipolar disorder in the past decade or so--the influence of pharmaceutical companies, the possible confound with ADHD, or even mere diagnostic imperialism of sorts--the article raises the possibility that something else may be going on.
When I graduated from residency about a decade ago, there was active resistance from many mental health clinicians, myself included, to the spread of bipolar diagnoses (in adults as well as children and adolescents). This was not only due to the fact that Lilly, for instance, was aggressively marketing Zyprexa for mania at the time, although that certainly played a role. I think the strongest feelings emerged when the question involved differentiating bipolar disorder from borderline personality disorder. A number of clinicians I worked with felt that borderlines proudly sported the bipolar "badge" in an effort to explain (away?) their problems while trying to minimize their own responsibility. There was also a sense that slipshod clinicians might be getting too lazy to differentiate depression from bipolar disorder (if you treat everyone with mood stabilizers, then you don't have to worry about makes anyone worse with antidepressants alone).
Around that same time there was growing interest in bipolar disorder and creativity, led by Kay Jamieson's noteworthy work on poets and other writers. So there was a sense in the air that bipolar was somehow chic and indicative of some kind of distinction. Romanticizing depression takes some work, but romanticizing mood swings and impulsivity seems to come naturally. But I think the unmistakeable trend now is a wider acceptance of the "bipolar spectrum," including conditions milder than classic mania that still warrant mood stabilizers.
Egan's article mentions the possibility that the increase in bipolar disorder diagnoses in children may not merely be due to increased attention to and recognition of symptoms, but may in fact reflect a higher risk in many children due to "assortative mating." That is, our society with its unprecedented mobility (in which Internet dating now plays a role), people may be unconsciously be seeking out (and finding!) partners with whom they may share some bipolar susceptibility, however subtle. I had not considered this theory before, but it makes sense. One wonders--would this not apply equally to ADHD? If moody people feel comfortable around other moody people, might not distracted people prefer the company of other distracted people? Is this another respect in which our culture's almost limitless smorgasbord of choices may have its drawbacks?
If we really are producing children who are, on average, more genetically at risk for bipolar (and other) disorders, it will be interesting to see how they come to present as adults. Unfortunately, the article features well-meaning psychiatrists whose strategies of medication trial and error come across as somewhat random and haphazard, which alas, remains the standard of care in dealing with such persistently mystifying illnesses.
Ironically given the alleged superiority of newer drugs, a brand-new American Journal of Psychiatry study (abstract only with public access) fails to show superiority of either Zyprexa or Risperdal over molindone in a group of children and adolescents with psychotic symptoms. I have never even seen a patient on molindone in 15 years of clinical work; maybe I should hasten to change that (not many molindone drug reps running around I guess). My clinical career happens to overlap roughly with the past 15 years' worth of messages from industry and expert opinion about second generation neuroleptics: now the message seems to be Never mind!
Posted by Novalis at 11:30 AM

Lilly Zyprexa ' Chemical Straitjacket' Use by Children.
Zyprexa,as well as the other atypical antipsychotics, are being prescribed for children, even though this is an unapproved, off-label use. Eli Lilly has been charged in allegedly pushing the drug for children in more than one state.

St. Petersburg Times Reports on Zyprexa A risky drug may get wider marketThe FDA may approve Zyprexa for kids, despite its significant side effects in adult use.
http://www.youtube.com/watch?v=uuK1t474ei4

Daniel Haszard Zyprexa patient who got diabetes from it.