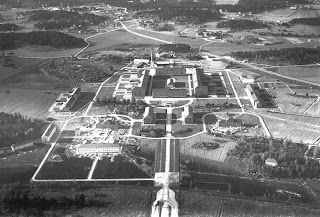 Speaking of extraterrestrials, I would probably be more likely to hear from one than to hear from the "hospitalists" taking care of any patient from this clinic. Information can neither penetrate nor escape from the black box that is the inpatient psychiatric unit. Do these doctors open novels at any random point and start reading? Wouldn't they like to know what has gone before?

There is no coordination; patients lurch from one psychiatrist to another, as a kind of great roulette wheel of medication trials. For the hospitalist, the patient, in an almost metaphysical sense, did not exist before the admission, and will not exist afterward (until he or she almost inevitably returns sooner or later). How the patient will afford extremely expensive medications is not even considered, because it's not the hospitalist's problem. The hospitalist's problem is to get the patient out of there, however possible. Strangely, on the contemporary psychiatric unit time means both everything and nothing, the former inasmuch as the whole endeavor is a race against time (to free up a bed, to maximize insurance cooperation or whatever) and the latter inasmuch as biographical past and future cease to have much meaning.