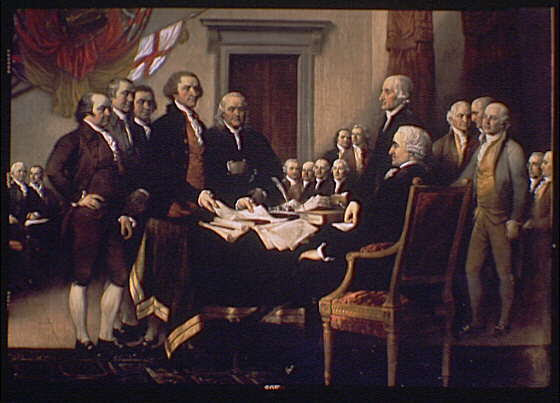 "Reason may mislead us; experience must be our guide."

John Dickinson (of the Constitutional Convention)

In a few days we can finally think of something besides politics, but not quite yet.

1. Perhaps the greatest casualty of a for-the-ages McCain upset on Tuesday, after of course one Barack Obama, would be the credibility of countless pollsters and pundits, who have with rare near-unanimity virtually crowned Obama before the fact. In fact, I guess both polling as a "science" and political commentary as an art would be set back a fair piece if so many agreeing polls, and pols, could turn out to be wrong. Reliability (i.e. consistency and reproducibility) without validity (i.e. accurately describing the world as it is) gets you nowhere. If McCain wins, even psychiatrists will be able to hold their heads high for a change--around pollsters and pundits at any rate.

2. A couple posts ago I wondered about the nature of delusion. The ever helpful NYT features this article reviewing the strangely opposite (although equally vitriolic) political universes of Fox News and MSNBC. I wonder if the two channels in fact demarcate the limits of those political interpretations of this campaign that could be called, by consensus, within the normal range (and quite a wide range it is). Perhaps to be to the right of Fox, as to be to the left of MSNBC, is to exceed the two standard deviations that begin to raise the eyebrows of people like me (if, as ever, there is "functional impairment" as we say).

3. I was thinking more about the literary skills of Presidents, and it occurs to me that the last century or so has been a long relatively unlettered stretch (I'm no presidential historian though--where is Michael Beschloss when you need him?). Of the founders, Jefferson and Madison were writers and thinkers of the highest order. Another peak occurred with Lincoln and Grant (whose Civil War memoirs enjoy critical esteem).
Theodore Roosevelt and Woodrow Wilson were literary types who wrote extensively, although little that I know of that is of lasting general interest. After that, I can think of little except Kennedy's Profiles in Courage, but that book, even more than Obama's Dreams From My Father, is widely suspected to have had major ghostwriter input. I'm looking forward to seeing what the George W. Bush Presidential Library will have on display.
If anyone knows of other examples of superior Presidential writing I would be curious to know them.
Posted by Novalis at 1:11 PM

At least his heart's in the right place...well, physically that is.

I think he's charmingly articulate when casually interviewed; but is he poetically resonant in the way that will make him often-quoted like a literary hero? I don't think so.

What's more important in a president: exquisite literary ability (with a gift for pithiness); philanthropic spirit; ability to manipulate and delude the masses; an iron fist; or white teeth?

I think out of all the qualities a presidential candidate exhibits, none will exert any special influence above the elusive quality that is likeability. It's irrationally and emotionally determined; and a million and one justifications for a vote will be made - all of them explicitly 'rational' (definitely not based on life's bitter experiences, prejudices, etc.)

Most people make their decision very early in the game.

First impressions--whether wrong/right-- are difficult to subvert/invert once they are made. Inklings about a person's character can be the consequence of an aberrant gesture, mis-spoken word or wrong tie-choice; and they just don't dissipate in the face of reason and logic.

Elections are emotional and it'll end in tears.