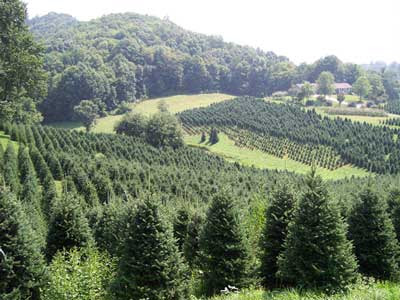 Hamlet: Denmark is a prison.
Rosencrantz: Then is the world one.
Hamlet: A goodly one, in which there are many confines, wards, and dungeons, Denmark being one o' the worst.
Rosencrantz: We think not so, my lord.
Hamlet: Why, then 'tis none to you, for there is nothing either good or bad, but thinking makes it so. To me it is a prison.

Over the weekend I finished reading philosopher Susan Neiman's Moral Clarity: A Guide for Grown-up Idealists. If you're looking for a last-minute gift for the amateur ethicist or preoccupied moralist on your list, and I'm sure you are, I recommend it. It has me feeling all Christmasy (?).
In an era of divisive political polarization it is difficult to convey the sense of an ethics that stems neither from self-interested identity nor from might-makes-right "realism," and Neiman makes as a good a case for Enlightenment values as one could for the general reader, I think. This is not meant to be a review (Simon Blackburn's for the New York Times is here), but the following notions stood out for me (what is the written equivalent of a sound bite?). In Neiman's view:
1. The Left, resigned to identity politics and the postmodern view of ethics as mere "discourse of power," has ceded useful distinctions of value and morality to the Right.
2. The problem is that the Bush administration, while draped in the garb of Enlightenment values, instead pursued policies based on naked self-interest, whether personal or national (often rationalized as "realism").
3. In other words, the Left has risked being amoral and relativist, while the Right has risked hypocrisy. Both tendencies support the complacent status quo.
4. In the recent political climate idealism in general and the Enlightenment in particular have gained reputations of being naive, imperialistic, and simplistic, when they needn't be any of these things. There is a fruitful middle ground between being grimly, resignedly realistic and being pie-in-the-sky naive.
5. The growing influence of evolutionary psychology, while it can shed light on why we have moral impulses at all, cannot be allowed to determine the limits of ethical possibility. After all, the whole point of ethics is not (or at least not merely) description, but rather prescription; we can, even if only with great difficulty and in minute increments, decide to be other than what we, contingently through natural selection, are.
6. Religious believers have no monopoly on ethics; it cannot be the case that "If God is dead, then anything is possible." A valid ethical system must be universalizable, not depending on what any one individual, clan, or nation feels to be a divine command.
7. One of the hardest questions in philosophy is "Why be ethical?" That is, why be ethical in the really reflective sense, rather than just comporting oneself based on self-interest and fear of punishment? After all, a fair number of people (and probably only a relatively small number of them psychopaths) more or less behave themselves in life not because of any deep ethical commitments that they could justify or even articulate, but simply because they don't want to step on any toes or stir up any trouble.
In philosophy (or maybe just in philosophy graduate departments and amateur philosophers like myself) there is the perennial dream of some ethical justification that will open the eyes of the immoralist to the error of his ways. But Neiman, seemingly granting that if such universal and theoretical justification were possible it probably would have been found by now, likens being moral to growing up. I like this metaphor a lot. The egoist who asks why be moral (at all) is much like the teenager (implicitly) asking why one should, in fact, grow up (in the sense, I suppose, of being generally responsible for oneself).
Being moral has several things in common with growing up. Human beings are probably evolutionarily constituted to do both, although with sufficient discretion it is quite possible to get by in life, and at times even to be externally very successful, without doing so. Both are exceedingly difficult to define, but we feel we know them when we see them. Both states are reached not through simplistic or black-and-white theoretical roadmaps, but by complex practices comprising both individual will and social consensus.
They are also alike in that they are never all-or-nothing; everyone struggles against lapses of self-interest or immaturity. Neither sainthood nor purity is reasonable or even desirable. The ethical person and the grown-up can remember and understand well the egoist and the teenager, but not vice versa--the latter cannot really comprehend what they are missing. If you seriously ask for a theoretical justification for being an ethical or a grown-up person, then you're not one (yet).
For some of us the holiday season is not primarily about God or even family time, but rather, if we're lucky, about idealism, both global and personal ("Peace on Earth" and--New Years resolutions). Christmas, appropriately for its ancient pagan origin around the winter solstice, is based on the conviction that no matter how things are now (good or bad), they can get (even) better.
The comparison between ethics and maturity brought to mind, perversely I guess if not for my line or work, another question for which philosophy has long struggled to find adequate answer: Why is suicide a bad idea? Almost everyone agrees that it is, but why? That cheery topic prompted the Hamlet quote above, but my thoughts on it will have to wait until next post.
Posted by Novalis at 8:54 AM

To be ethical is to exemplify the essential goodness of a situation; and goodness equates to the greatest truth expressible by the shifting colours of life's tragicomedy.

Truth is: a never heard frequency; a pattern of insight that leaps into perception; a contagious resonance, never spoken, but always understood. Truth can be murder.

To be ethical in the face of rationale's madness is to bleed falsehood in favour of what lies beneath.

Religious moralists are often contaminated by motives other than what is purely intuitively humanistic. But if a moral or an ethic is an end in itself, then it shouldn't matter.

You can undertand ethics and their implications, but not necessarily be willing to live by them-- not because you think there's no truth to them, but simply because you choose to opt out of their confines (whether that's immature or not is debatable). After all, smokers live by their choice despite full knowledge of the irrationale of their habit.

Good review. Thanks. Especially liked the linkage of being moral with growing up. This is a good piece to discuss with the questioning puppy who is a freshman (and likes your blog also).
Having briefly studied with E.O. Wilson, the evolutionary roots of altruism still fascinate me. Tho stealth as my fellow church members think that anyone that has too much to do with evolution must have horns and a tail (well, some of the extremists)