Who's Afraid of the DSM? 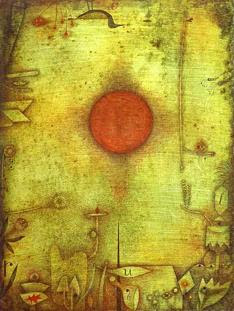 An unhappy people in a happy world --

Read, rabbi, the phases of this difference

An unhappy people in an unhappy world

Here are too many mirrors for misery

A happy people in an unhappy world --

It cannot be. There's nothing there to roll

On the expressive tongue, the finding fang.

A happy people in a happy world --

I'm sure we'll be hearing a lot about psychiatry's Diagnostic and Statistical Manual in coming years, with the fifth edition due out around 2011. For some of us, diagnostic issues, like politics did around 2006, is about to get a lot more interesting. The New York Times has an article today on how things are coming along (without a single bone of contention, rest assured).

There are some misunderstandings about the infamous tome. As is widely noted, the number of official "mental disorders" has increased significantly with every edition of the book, to nearly 300 today. But many of these are minute variations of the same basic problems. For instance, Alcohol Abuse is a distinct diagnosis from Alcohol Dependence, but both are just degrees of severity of the same addiction.

As I've written here recently, the DSM often does not directly dictate a great deal about how a psychiatrist goes about treating a specific patient, whether with medication or psychotherapy. This is true because the treatments we have are geared to very broad symptom domains that often span several (technically) distinct diagnoses. This is why psychiatrists tend to think very holistically; this can look like sloppiness, and it can progress that far, but in itself this approach is often merely realistic.
For instance, in terms of the general clinical approach it is far more important to figure out whether a patient has, basically, an anxiety problem or a substance abuse problem (or if both, which is the driving process) than to decide which of several anxiety disorders is present or which substance is being abused. The latter details are not meaningless, but they matter less for treatment than does the broader paradigm for the purposes of available treatments.
A good example of this is Binge-eating Disorder (involving gorging on food without the compensatory purging characteristic of bulimia), which has not previously been an official diagnosis but is being considered for the next DSM. If a psychiatrist under the current system learns that this behavioral symptom is present, then he will attend to it and use customary medications and/or psychotherapy to work on it, regardless of whether it is in itself an official diagnosis. After all, the majority of patients with Binge-eating Disorder will have accompanying anxiety or mood syndromes that are "coded" diagnoses; this kind of "comorbidity" is what makes diagnosis so slippery to begin with.
But psychiatrists are very much affected indirectly by the way in which the DSM drives insurance reimbursement, future psychiatric research, and general cultural understandings of mental illness. Like any massive institution, psychiatry is like a great ship that can be steered in a new direction only a little bit at a time and with massive effort; a new DSM is a significant nudge on the wheel. In the short term, a new edition likely won't change much about what transpires in psychiatrists' offices, but the long term differences will matter. As the NYT article notes, the elimination of homosexuality as a diagnosis decades ago certainly did matter.
The linked article states that the most recent DSM edition was in 2000, but this was a relatively trivial edit of the last major revision in 1994. In the latter year I was a third-year medical student making up my mind what area of medicine to pursue; I now realize that the buzz over that new edition was, while not a deciding factor obviously, nonetheless part of my interest in a field that never fails to be strange, surprising, and contested.
While psychiatry will always have a political element--in the widest sense of negotiated human values and the idea of the good life--there are in fact real human brains amid all the cultural buzz. Brains have real attributes, which one hopes we are getting slightly better at identifying and modifying. So one hopes the next DSM will represent at least a modicum of progress and not just another turn of the wheel...for the sake of a turn of the wheel.
Posted by Novalis at 9:14 AM

I wonder if there are/or will be any genuinely new mental disorders, as opposed to variations on the same theme? -- kind of like the equivalent of those weird deep sea creatures with odd body modifications that are just waiting to be discovered. Scary but intriguing to speculate about what mental monstrosities the psyche is capable of giving birth to...

There are so many exceptions to the rule of normalcy, that it's no longer a rule, but the exception. Maybe we need a DSM for mental order.

Imagine in some freakish future scenario where our current idea of 'normal' is the new stigma; and those individuals that exhibit the most current 'abnormal' symptoms will be consdered the most 'normal'. If your brain isn't exercising its full capacity to deviate from its default settings, well...maybe you're a bit defective. The new black: beauty in creative 'insanity'....no one wants plain old factory settings -- too generic. I want brand names godamnit! (so to speak)

neo-neocon ｻ Blog Archive ｻ The politics of the DSM

It makes me think that this is a book that should be updated every YEAR, not once a decade.