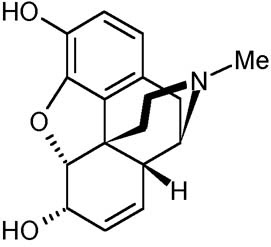 My smile is stuck,
I can't go back t'yer Frownland.

Captain Beefheart and his Magic Band

I read an interesting profile by Jason Zengerle in The New Republic today of Brent Cambron, an anesthesiologist who developed an opioid addiction to which he eventually succumbed. As the article describes, anesthesiology is a high-flying, ambitious specialty, but one whose practitioners develop substance abuse disorders at an alarming rate. Cambron's was a sad story.
The presumed explanation is access--anesthesiologists are the only physicians who regularly and literally handle controlled substances (as opposed to merely prescribing them, at a remove). However, apparently pharmacists, who have similar access, do not seem to be so high-risk. Why? The article proposes two possibilities. One, admittedly far-fetched, is that small but significant quantities of opioid medications may accumulate in vaporized form around anesthetized patients, enough so that the anesthesiologists hovering over them could experience enough exposure and even tolerance to develop subtle craving for the drugs.
Zengerle suggests that the more likely reason may be that anesthesiology attracts candidates that are particularly high-strung "control freaks" who gravitate toward self-medication. However, the pharmacists whom I have known have been similarly enamored of meticulous control, perhaps even more so--why would it be that they would be less likely to "self-medicate?"
The question raises the perennial issue of what motivates drug use--pleasure or need, and is there ultimately a difference? The article suggested Cambron's belief, like that of many drug users, that he needed substances to feel "normal." However, an alternative explanation is that anesthesiology attracts candidates who are highly inclined toward both novelty-seeking and mastery. Drug experimentation, like the professional drug administration of anesthesiology, satisfies both. In other words, drugs are exciting and pleasurable, and some are less able than others to resist the lure. To be sure, once an addiction develops, volition decreases greatly, but there are always initial crucial choices.
The article points out that Cambron's drug use, in the beginning, was far from impulsive. Indeed, it seemed to have been deliberate and carefully weighed, a virtually pure act of hubris--he was highly intelligent and capable, and sincerely believed that he could master the kinds of substances that had conquered countless others. He fell, like Icarus and like Macbeth. I don't mean to speak ill of the dead--Cambron was a highly talented individual with many virtues.
There was some question as to whether his death via overdose was recreational or intentional--but it involved vecuronium, which, as Zengerle pointed out, is a highly lethal, non-narcotic drug that no anesthesiologist would confuse with an opioid. High-potency opioids, like automobiles, make available more power than we are, evolutionarily, able to wield without significant risk. We must continue to optimize protections and limits, but it seems there will always be casualties.
Posted by Novalis at 5:36 PM

I think anaesthesia is a beautiful thing. How can an anaesthesiologist, like a maestro conducting a symphony orchestra, not be intoxicated by the carefully nuanced beauty of a sedation exquisitely executed, as glimpsed from the surface? How tempting it would be to just taste an ounce of that fleeting oblivion, just for a moment, and then return to the sensation of ordinary living - slightly more wiser, empathic, attuned...

Anaesthesiologists, drunk on their own mastery, thnk they can subvert the physical laws of addiction. They can control, temper and tweak their habit, never straying from their calculations. But just like the technically adept musician that can only compose blandness, the masterful anaesthesiologist does not make for a genius addict, only an ordinary junkie --- something to do with being a meer mortal, and not godlike.

I can understand the thrill of being like a kid in a candy store.

I think pharmacists don't become so readily addicted purely because they don't witness the drugs in action -- only in their inert, safely packaged form (they may as well be canned beans). Anaesthesiologists on the other hand, experience the beauty of their magic --a musical intsrument is only beautiful when it's played.

Do psychiastrists become more susceptible to madness through better access? Do they become contaminated by the vapors of the insane? Or are they dormantly mad to begin with...

I can't understand wanting to use opioids if you had ketamine availible. This makes me think it isn't 'novelty seeking' so much as arrogance.

As a pharmacist, I feel our profession seems to draw the obsessive compusive personality into practising it. There's a lot of counting and checking in what we do, because we can easily kill someone if we do our job wrong (for a technical reference, think of the movie "It's a Wonderful Life".

Few of us have a rock star persona, and there are LOTS of daily checks and balances on the many narcotics and other controlled substances we handle to keep state & fed regulatory people off our backs.

As far as anesthesiologists go, the days of chloroform, ether, and nitrous oxide are long past. I can see volatile gases getting into the OR air where they could be breathed by everone there. But, most of their potent drugs today are given IV, so the chance that metabolized or intact anesthetic drug being exhaled by the patient and affecting the doc seems pretty remote.

Has anyone reported IV anesthetics posing a hazard to the operating crew?