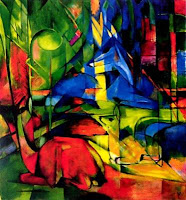 Glendower: I can call spirits from the vasty deep.
Hotspur: Why, so can I, or so can any man;
But will they come when you do call for them?
Henry IV

1. This isn't the first time I've lived in North Carolina, but I was surprised to learn the other day that a Eugenics Commission was established in the state in 1929 and not formally eliminated until 1977 (yikes). Under the auspices of the program, 7,600 men and women, most of them "feeble-minded" or mentally ill, were sterilized, if not forcibly, then under considerable pressure (e. g. either consent or your family will lose welfare benefits). A significant number of these were minors. The explicit intent, of course, was to "clean up the gene pool," and a number of other states apparently had similar projects, although North Carolina's lingered a few years longer than most. Currently the state legislature is debating compensation for past victims, although given economic conditions, it sounds unlikely.
This is appalling, of course, and is a good reminder that moral progress in society is possible. And yet...any psychiatrist can think of past patients, both men and women, who continued to produce offspring whom they were unable to take care of or who kept getting removed by social services. Since it's hard to remember to use birth control when you're high on drugs, one can't help but suggest to these people a more definite form of family planning (forcing it upon them is obviously another matter altogether). And while Oliver Wendell Holmes is forever notorious for his remark (vis a vis a sterilization case) that "Three generations of imbeciles is enough," we have all encountered families that seemed particularly unfortunate in their collective risk for mental disorder. But naturally we cannot become too zealous in our attempts at prevention.
2. Considering the way that television is so often spoken of as a stupefying scourge, particularly for children, the consternation over the impending switch from analog to digital signals (which may leave large numbers of people unable to afford service, at least for a time) is puzzling. Think of it: large swaths of the population unable to access this mindless, soul-destroying diversion! What's next, leaving asthmatics unable to afford cigarettes? Is television service some kind of right, an integral part of the pursuit of happiness?
3. How do you manage to see sure-fire no-shows in an outpatient clinic? You shuttle them directly from state hospital discharge to the clinic door, as we do occasionally here to try to foster compliance and prevent recidivism. The idea is, by orienting them to the clinic they would otherwise never get around to visiting, to say in effect, "If you keep coming here--and take your meds--you won't have to keep going there (to the 'big house')."
How do you know they'll no-show? A hint is when they say, "I told that doctor in the hospital that I would take the medication so that I could get out, but I'm not going to take it because I don't need medication." We appreciate your honesty. This from an older woman with bipolar disorder who kept dismissing her manic episode as "an incident" at Wal-Mart. I am continually amazed by how often "Wal-Mart" pops up in symptom histories.
4. A curiosity: a young woman with no other psychiatric symptomatology whose primary complaint sounded like hypnagogic hallucinations, which were already getting better on the Lunesta she had been taking for a few days. It's interesting at this kind of clinic to be able to say, rarely, "You can get that taken care of at your primary care clinic" (and to think: you are not one of ours).
5. I see a 20-something fellow who is accompanied by his mother. In gathering the history it emerges that he was diagnosed with ADHD as a child, and his mother said he was treated with Mellaril until he was 9. "Probably methylphenidate," I suggest. But no, she insists that it was Mellaril, for hyperactivity and learning problems, and she even recalls the dose, 75 mg. (He had no history of psychotic symptoms either then or since). Mellaril? I'll bet it did calm him down, and maybe his learning did improve, with respect to one lesson at least.
Posted by Novalis at 10:42 AM

Eugenics in terms of bettering the genetic profile of humanity is not entirely evil. And wait...before you start making Nazi accusations, I don't mean forced sterilisation of social/mental/aesthetically displeasing/etc undesirables and promoting an uber blonde master race through selective breeding. I mean using genetic engineering to eliminate horrendous diseases and disorders that confer unspeakable misery to sufferers. Gene modification/insertion, and using genetic screening to detect and and ETHICALLY abort fertilised eggs which test positive for certain mutations that will result in ceaseless pain and suffering of such godless magnitude, far beyond any possible redemption in the form of life meaning/purpose as a counterbalance, is absolutely humane - any argument to the contrary is anti-human. Life is sacred, torture aint, so don't try to twist God's words.

Gene selection and designer sequences and the inevitable inequality between the haves and have-nots, well of course! Society should be stratified and the rich should have choice, perfect genetic endowment and more wealth, while the poor should wallow in as much self-degradation and flawed-gene misery as humanly possible, lest they try rise above their slave roles....utopia! - it's a fine concept, if you're on the right side of the fence.

I once overheard a doctor speaking to a colleague and referring to a patient whom he was describing as 'the type that shouldn't breed'.... oh so casually, and not without a little smug satisfaction...

Should arrogance be bred out? - evil trait! Pure evil!...evil...what is evil?

The shorthand I've heard from time to time is PPP, P--- Poor Protoplasm...

I should have clarified: UNFORTUNATE shorthand (it's not a phrase I use)...

..an older woman with bipolar disorder who kept dismissing her manic episode as "an incident" at Wal-Mart. I am continually amazed by how often "Wal-Mart" pops up in symptom histories.

The occurrence of Wal-Mart popping up isn't so strange.

From your item 2, just above, Wal-Mart is the national demon du jour, according to "commentators" all over television. Wallyworld hires many people. Did I mention that it doesn't have labor unions?

As the memory of George Bush fades, television will now daily remind us of the many evils that Wally inflicts upon us.