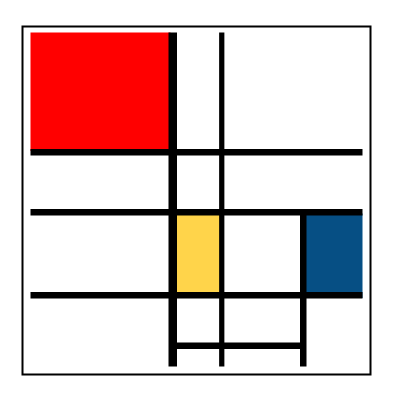 "I'll follow him around the Horn, and around the Norway maelstrom, and around perdition's flames before I give him up."
Captain Ahab
I'm not big on citing reviews of books I haven't read, but this one, Brian Dillon reviewing Obsession, by Lennard J. Davis, provokes thought at least. Arguably monomania is a great human and historical subject that has been very much neutered and watered down (there I go, mixing metaphors again) into the current constructs of obsessive-compulsive disorder and its lite counterpart, obsessive-compulsive personality disorder (if I only had a dollar for every time a medical student talked about having OCPD).
OCD is interesting both in a mainstream clinical way and also as a reflection of human experience. Clinically, I have always found it to be an overlooked diagnostic stepchild; every now and then one glances to the corner and thinks, "Oh, is he still here?" And some in psychiatry feel that it is vastly underdiagnosed. But doesn't it seem like all mental disorders, depending on who you ask, are either greatly exaggerated or woefully underrecognized? It almost seems like a separate criterion for being considered a mental disorder.
But I would say that OCD is often overlooked for two good reasons. One is that most psychiatrists begin their training in inpatient settings in which they learn to attend to a small constellation of very salient presentations: suicidality, severe depression, mania, psychosis, substance abuse, and personality disorder. Virtually no one is hospitalized specifically for OCD, although to be sure it can be associated with depression and other quite serious problems.
Unfortunately, available medications often forcefully shape diagnostic thinking, and OCD is not specifically targeted by any one class of medications. That is, it does respond to serotonin reuptake inhibitors, but these obviously treat depression and other sorts of anxiety as well. Most OCD of clinical significance will be associated with depressive symptoms also, and the prescriber takes comfort in the knowledge that the medication that will treat one will usually treat the other (there are a few non-serotonergic antidepressants such as bupropion and nortriptyline that will not treat OCD very well). Many with mixed depression and anxiety have vague ruminative propensities that may fall short of technical OCD.
In a wider human sense obsessiveness is a dark mirror image of our necessarily limited attention to the environment, a limitation that increasingly earns the label of ADHD--both are problems of assessing and assigning priority. In general I think we underestimate the profundity of attention as a neurological capacity; after all, it is the means by which we come to attach salience and value to the world and to our own lives and identities.
Attention was hugely complicated by the advent of consciousness. Other organisms don't have to deliberate over whether to turn toward the sun, to flee the predator, or whatever. Of course, we don't usually obsess over such basic functions, except when we do, when we have an eating disorder, a sexual conflict, or a masochistic streak. It's fascinating to speculate about some hapless hominid eons ago who could have been the very first one to experience some very primitive glimmer of awareness. The reassuring gray tunnel of instinct, the original one-track mind, suddenly split into two tunnels, and unlike all the previous times, it wasn't obvious which way was best. How terrifying that cognitive precipice must have been--or is to everyone when they reach their first Decision, whatever thay may be.
What most interests me about people isn't so much what has happened to them, but what they have come to value and care about, what they attend to. Depression is a syndrome of inattention as well in a way--it drains the world of value. Indecisiveness is a central depressive symptom that is often overlooked; the depressive world loses its contrast, such that it becomes harder to make necessary distinctions. All the decisional tunnels look dismayingly similar.
I'm intrigued by what makes people choose to be generalists or specialists, whether in academia or in life. I'm more the former by temperament, but sometimes I envy those who can devote their whole lives to, say, Paul Klee, Jonathan Swift, or Jenny Lewis. Okay, no one devotes his whole life to Jenny Lewis, but would that necessarily be wrong?
Well, this was a late afternoon ramble, and it shows. If there is any medium that defies obsession, it must be the humble and ephemeral blog, which must be revealed to the world daily, sometimes even hourly, in a wretchedly imperfect state. I should start a blog which has precisely one post per year, a wonder of wit and insight, part diamond and part supernova (a Silmaril, if you will), that I can polish and fuss and putter over through the months until every facet is like a window onto God. I should, but one morning that jewel would lose its luster, and I would lose interest. And the next post beckons (as does family, food, etc.).
Post revision #1 5:19 P. M. E. S. T.
Post revision #2 6:19 P. M. E. S. T.
Posted by Novalis at 12:33 PM

No choice is soul-destroying; enough choice is edifying; too much choice is paralysing; and infinite choice is lethal. Obsession is the ultimate choice that cures one of the need to ever choose again - which is understandable. To become, at the same time, master and slave; an endless groove that stutters itself into oblivion - a freedom of sorts. So in theory, it seems like a great idea.

Obsession, after all, is the mechanism by which genius is formed. I envy people who are obsessed in this way. But we mustn't forget, that genius can also be merciless in its pursuit of itself, for its own ends, leading to unspeakable deeds of the Nazi collaboration kind - like that pioneering genius surgeon (I can't remember his name).

And obsession, can conversely be, the root of all artless sins of imperfect perfection where the wretched artist chisels away at the stone of creation, first revealing a David, and then, overcome by a compulsion, further butchers away until all that is left is a perfect mound of rubble, that bleeds for want of life.

So, a yearly blog would be the death of you Novalis - don't try it. You'll be left with an encyclopaedia of edits that reads nothing but cut cut cut...

I assume you're thinking of Josef Mengele. If we must have evil, let us have it distracted and not obsessive.

No, not Mengele. This guy was a pioneer in vascular surgery and developed a special technique to sew vessels. Apparently, he tirelessly and obsessively mastered the intricate art of embroidery(!)in France before attacking real patients. But, then...well, he mixed with the wrong crowd. France disowned him by renaming a road that once honoured him; but I'm not so sure he's French (or maybe the road was in honour of his service to embroidery..ha ha).