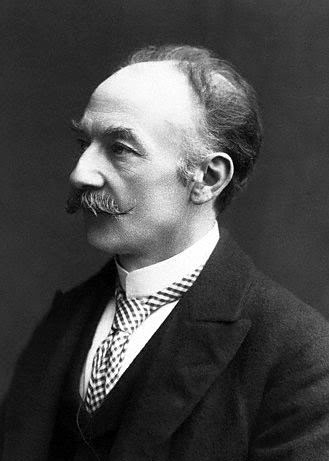 The Sunday Times had an interesting article by David Orr on the subject of greatness in poetry, or rather, the apparent lack thereof in recent decades. It suggests that Elizabeth Bishop may have been the most recent Great One. Hmm.
As Orr notes, poetry is one genre whose whole reason for being would seem to be to swing for the fences. Sure, there's light verse, limericks, doggerel, etc. but who would care really if these vanished from the earth? What we crave from poetry, if we crave anything, is something that will blow us away, change everything if only for a moment. Yes, this is a highly Romantic conception. But where are the classicists who actually read the likes of John Dryden or Alexander Pope? Poetry is the Romantic genre.
What separates the Great from the Merely Very Good? No more perhaps than separates the Tall from the Of Above Average Height. The Great--in anything--is just a repository of cultural value, beyond a threshold established by social consensus. Of course, look around these days--who's around to assemble a consensus? After all, when I just reflected on the cultural valence of greatness a few moments ago, one of the first things that came to mind was "They're Grrreat!" courtesy of Frosted Flakes. The offspring of advertising and poetry are sterile.
At any rate, here's a poem that I found to be striking, if not Great (it's already publicly available at http://www.tnr.com/):

Hardy's Sky
A sky out of Thomas Hardy: bleak, cloud-broken, swollen with
wind-shiver, grey-gold with touches of crucifixion and apocalypse,
everything a flight, a fugue, so the small voices of these slate juncos
make music a huddle of refugees might make--bedraggled, bent
under tattered loads, feeling the weather change, the air harden,
the taste of things grow harsh and crude on their forced march
towards haggard light, towards some poor haven, this endless trek
against weather, firest blossoming from the sky ceiling, the ferocious
thump of air waves pushing them, staggering ear drums, pure dread
bursting in scatterflash and stuttercrack, these terminal fireworks
at odds with all past knowledge. So the beat goes on, no end to it,
and in this Thomas Hardy sky you'd see, had you eyes for it, words
like numb and wasting inscribed, and sad or dim, drearisome, wan,
and everything tucked in like a heart in its beating chest of bone
so the whole body thrums with it, beaten through and through by it.
Eamon Grennan
(Thomas Hardy--he was great; I didn't know junco--it is apparently a kind of finch).
Posted by Novalis at 6:42 AM

Liked it. Thanks. My kids write awesome poetry (I am not just being a biased mother, they win awards), but it is not yet public beyond things like the local literary societies where they read it sometimes.

Here in our Bronte Burrow, they have all created imaginary worlds and scribbled since youth. There is something about harsh and pained WASP households with plenty of book learning and not enough money...and a demanding Dad etc. It produces kids who are sometimes tormented emotionally but who have a focus and ability to cut to the bone of experience....Children isolated (in our case chiefly by my husband's unemployment and my son's autism and years out of control, in and out of hospital), these children sometimes turn inward and almost alchemically transform tragedy, isolation into beautiful poems and stories.

I have never known a happy, well-adjusted comfortable family that produced a writer or poet worth reading, for example. Perhaps Anne Bradstreet. When the kids were tiny I took them past her house near our relatives and urged them to emulate her.

This is not to romanticize suffering (especially that of mental illness). I think what helped our kids write so well (even the one with autism, whose prose is now extraordinary) was no TV, 10,000 books in this house alone, parents who read and wrote every spare minute of the day and total lack of interest in popular culture. Being social pariahs removed some distractions!

Excuse the length of this. But I was so glad to read your post, tho, (after just posting an interminable piece about "Stimulants and Psychosis" about our son's falling apart). Because unintentionally you reminded me of the strange and unexpected fruit in our family's life of all that trauma: the kids' writing. Doesn't matter if they never make a penny or a name for themselves. It so delights any one who reads it that it helps redeem the suffering that initiated it...

The way I see it, TV is a bit like alcohol in the home. Some see it as a scourge with no redeeming features, whereas others (among whom I count myself) suggest that kids should be taught that it can be used responsibly. Shielded though they may be, they will, of course, somehow discover that it exists.

I grew up with TV, but also with books and, as a teenager at least, with computers. They can be complementary so long as there is an overall balance. TV for me is sort of like armchair anthropology (what are the natives up to tonight?).

Does greatness expose unknown universal/personal truths? Or does it spark new truths; debunk old truths; reformulate fractional/factional truths so they may be seen in the lying half-light of either/or?

Can TV be great? Does greatness necessarily emerge from purity or can it erupt from the vile pustules of a life questionably lived?

Greatness scars the grey of night with colour unseen but always sensed.