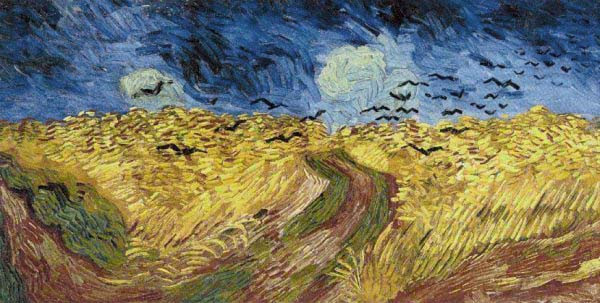 "I have traveled much in Concord."
Thoreau
Something a little lighter for post #150. I happened to see the 2009 Forbes list of the "10 most miserable cities" in the U.S. based on composite scores reflecting climate, taxes, unemployment, crime, etc. Here's the rundown:
1. Stockton, CA
2. Memphis, TN
3. Chicago, IL
4. Cleveland, OH
5. Modesto, CA
6. Flint, MI
7. Detroit, MI
8. Buffalo, NY
9. Miami, FL
10. St. Louis, MO
I noted this not because any of these is particularly surprising (well, Chicago maybe a little), but because I've always been interested in people's sense of place and the kinds of locales they seek out or seem surprisingly content with. For some people blood is thick enough to deter wandering, whereas others manage to escape from economically, sociologically, and psychologically depressed areas, such as the town I commute a half hour to for work.
Geography also probably played some role in my becoming a physician. As one would hope, my main motivation for psychiatry was a fascination for subjectivity and mental experience. The income, comfortable but not stratospheric, was less of a factor than was job flexibility. If medicine and/or psychology had been unavailable for some reason, my next choice probably would have been liberal arts academia in some capacity.
But a major issue with university-level, tenure-track academia is the fact that, unless you are a rare superstar professor able to sell one's talents to the highest bidder, you pretty much have to settle where you can find a viable job, and once there you might stay there a long time. I liked the idea that, as a physician, I could go pretty much anywhere I wanted and at least make a decent living. Of course, far fewer physicians have their own practices than used to be the case, but when a physician does have a boss, he is at more liberty to leave and find a different boss than some other professionals are.
Ironically, I haven't (yet) used this freedom to work all over the place; while I have done my fair share of traveling, I have lived only in or near medium-sized cities in the Midwest and Southeast. But I know that if I suddenly did want to roam, my profession would not prevent me. I enjoy places like Chicago or Manhattan for a few days, but I have never felt a serious urge to live there. Psychiatrists are infamous for preferring the big city and its sophisticated cultural goodies, leaving wide swaths of rural population unserved. But people need to be where they'll feel at home. Culturally I would probably be most at home in the Pacific Northwest, but I don't think I could deal with the weather. If I made a dramatic geographic move it would probably be to the desert Southwest (I have a cousin in Tucson who, I'm sure, keeps a room waiting for me).
A few months ago a large survey-based study made news by suggesting distinct trends in psychological profiles of U.S. regions and states. The methodology was questionable, of course, and obviously one finds all sorts of folks in all sorts of places, but it does seem to corroborate a sense one has that, despite the homogenizing effects of popular culture, different parts of the country have differing broad "personalities." Supposedly North Carolina tends to be highly agreeable and dutiful. Hmmm.
Also a few months ago Stanley Fish bravely wrote a New York Times piece (with the aptly Thoreauvian title "Travel Narrows") confessing his firm distaste for travel, including the logistical discomforts and the gawking at famous, and of course "touristy," sights. It seems to me that travel is one of those things, like dining out or going to the movies perhaps, that is widely held to be a great good that nobody in his right mind could object to. I wouldn't go as far as Fish, but I can relate to his protests. As we slide toward economic apocalypse, perhaps the thrifty homebody will get come into his own...
Posted by Novalis at 9:24 AM

Well maybe we should send all the psychopaths to North Carolina so they can offset all that agreeableness and dutifulness (I know, awful, awful traits, the shame, the stigma!...I'd move..), and possibly effect a cure, and eventual extinction of the breed, no? Psychogeographical absorption cure - there's a market for it!
...in theory, but in practical terms, it could make for a very dull psychopathological topography. No, we really can't have have that - think of the narrative vacuum in films, novels. Who will populate prisons?

Sustainability is the key: just enough to satisfy society's perversions, hunger for the wantonly warped, smug sense of sanity...everyone's a winner!

I wouldnt urge anyone to live in Tucson or in the cities of any of the border states.

Psychiatrists are infamous for preferring the big city and its sophisticated cultural goodies, leaving wide swaths of rural population unserved.

Maybe the people in the big cities need psychiatrists more.

If only that were true.

As someone who lives in Tucson. Though some truth to what you say, LomaAlta, I think your comment is somewhat strident. Most areas of Tucson are fine.

I understand your amazement at Chicago's high rating.

Cook County's governance derives from its Cro-Magnon Political Machine [our motto:Eat, lest ye be eaten]. It also gives us governors who are good at poetry.

In addition, the winters are bracing.