Where is Wisdom to be Found? 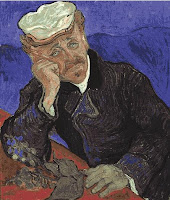 A commenter helpfully brought up the question of how to go about finding, one hopes, above average psychiatric care. I don't claim any special expertise here, but as usual I can be induced to give an opinion.
What would constitute above average? I envision a psychiatrist who has both a healthy respect for the claims of biology and an acceptance of the ambiguity and limitations of our understanding and our technology. You don't want someone who is continually touting the newest thing, because in contemporary psychiatry unfortunately, newer is not always better; but neither do you want someone who hasn't heard of the newest thing, because even if newer isn't necessarily better, it may at least be an alternative.
You want someone who is creative with meds and won't give up on them (or other biological treatments) too soon, but who isn't focused on them to the exclusion of all else. He should offer a differential diagnosis that is shorter than DSM-IV, but he should keep the options open. Human nature being what it is, I would have to say you'd be looking for someone with a marked resemblance to yours truly (humble too).
If you see an $80,000 vehicle parked outside the office, that is a bad sign, as is a waiting room festooned with drug company paraphernalia, because that means he isn't thoughtful about appearances if nothing else. If he seems rushed and doesn't make eye contact, you're probably not getting your money's worth. With all due respect to foreign medical graduates, if you can't make out his words easily or he can't make out yours, he should have chosen a specialty less dependent upon verbal exchange. If he guarantees recovery or even improvement, beware, but if he despairs of the efficacy of his own interventions, suggest a career change.
I wish there were a pat answer for locating this hypothetical sage. Grading doctors and medical facilities on treatment outcomes is the growing if controversial rage, but as always this would always have to be more imprecise in psychiatry (if we can't all agree on the scope of some diagnoses, how could we agree on treatment parameters for those diagnoses?).
Obviously picking someone out of the phone book is the worst option, although it may well be better than nothing. The Internet is somewhat better--there may be a website that reveals the doc's mindset in some way, or a Google search can often reveal a surprisingly detailed trail of even minor publications or conference appearances.
A recommendation from another doctor or therapist is better yet, although keep in mind that they are usually going on inferences based on a psychiatrist's reputation or how he interacts with (referring) colleagues, which may be very different from his bedside manner or clinical acumen. Best of all is word of mouth from folks who have been actual patients--they have the point of view most worth having. But even this isn't foolproof--is he well-liked by patients because he doles out Xanax like candy?
If I had nothing else to go on I would go with an academic center if one with a psychiatry department were less than perhaps an hour away. Even if you get a resident, which is likely, the (relative) enthusiasm, eagerness to please, and exposure to new information may more than compensate for lack of experience, although you would need to confirm that there is supervision by an attending psychiatrist. Academia has all kinds of drawbacks, but in a field as variable and nebulous as psychiatry a large institution usually offers a degree of quality control.
If I were screening a psychiatrist for, say, a family member with severe depression or bipolar disorder, I can think of some questions that might assess clinical flexibility and subtlety. What are side effects of SSRI's? (If sex isn't mentioned, it's already time to move on). What are side effects of mood stabilizers? (If weight gain isn't mentioned, move on). What is your opinion on lithium? Is there an off-label role for drugs like Neurontin and Topamax? Do you feel comfortable prescribing MAOI's and tricyclics? What is the role of ECT? How much do meds usually cost? Are you comfortable with prescribing stimulants or benzodiazepines (the proper answer, essentially, is "It depends").
These are the thoughts that come to mind.
Posted by Novalis at 12:44 PM

Are there psychiatrist blacklists? Is s psych's performance a measure of the degree of achieved functionality for patients and suicide aversion rate? You'd be somewhat suspicious of a psych with an unusually high mortality rate..or then again, that may paradoxically be an incentive for some patients seeking 'treatment'.

Human nature being what it is, I would have to say you'd be looking for someone with a marked resemblance to yours truly (humble too).

I know. This is why I asked about finding better than "mediocre" care. I am old, and I have a lifetime of the not good enough. After awhile one stops trying. Makes sense. It is also a matter of insurance and not having the luxury of affording the kind of care that you offer. I go to the clinic because that is what is covered. Harvard/McClean is just an hour away, but it is a different State, etc. I had a friend who went back to medical school in her 30s. She became a psychiatrist, had a fellowship at Brown, now works in a community clinic in Providence. She dispenses meds. The model seems to be, dispenser of meds. The kid who did my intake at the clinic said he saw the profession as similar to the television show, House (which I've not seen). He said the character diagnoses rare afflictions through a process of elimination. Then he held the DSM in his hand by way of illustration. The therapist they thought would be best for me has no openings. I asked if they could just refer me to the meds dispensing psychiatrist and they said no, I'd need eight sessions, etc. Thanks for your thoughtful answer. I am happy to have stumbled upon your blog. Truly.

Yes, the monopolization of the profession by the "med check" has been discouraging, and not only from the consumer/patient side, even if that's the side that ultimately matters.

Another means of checking on a psychiatrist (or any M.D. for that matter)is through the website for the state's board of medical licensure (at least this is true in the two states I've been in). Not only is the educational and training background listed, but any disciplinary actions as well. This thankfully alerted me to the fact that the psychiatrist I was currently seeing has overdosed on numerous substances a few years ago and 6 months out of rehab was arrested for distributing.
Also, another thing to consider is something I'm dealing with with my current psychiatrist---does he take text messages (and text back) during your appointment? I realize there are emergencies, but a simple "Excuse me" or "Sorry about that" might help keep one from feeling like you aren't as important as you'd like to feel at over $100 and hour.

I would prefer a doctor who had a malpractice suit against him or her. I'm comfortable double checking on what they prescribe, but there isn't much to do if they are too risk-averse to prescribe anything other than ssris (or, weirdly enough, neuroleptics). (although someone recently busted for distributing...might be more hesitant with scheduled drugs.)

I'm curious you said to ask about stimulants or benzodiazepines; i would be afraid of getting labled 'drug seeking', especially because just asking good questions makes it clear i know more about pharmacology than most patients.