From Cradle to Grave 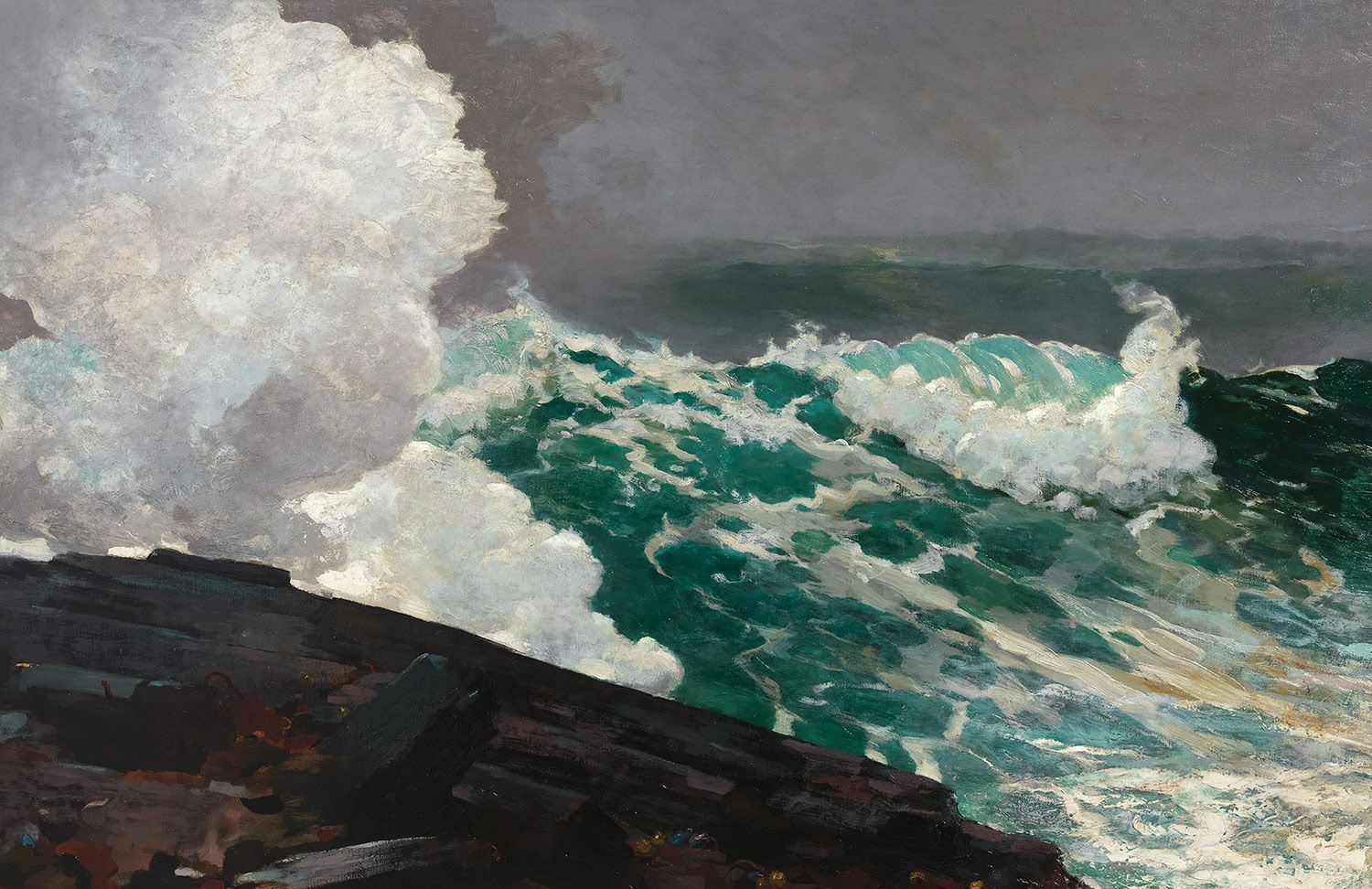 "Life is a series of hellos and goodbyes,
I'm afraid it's time for goodbye again."
Billy Joel, "Say Goodbye to Hollywood" (for Anonymous)

A highfalutin way of saying the same thing is Walt Whitman's prodigious "Out of the Cradle Endlessly Rocking," the first and last sections of which follow:

Out of the cradle endlessly rocking,
Out of the mocking-bird's throat, the musical shuttle,
Out of the Ninth-month midnight,
Over the sterile sands and the fields beyond, where the child
leaving his bed wander'd alone, bareheaded, barefoot,
Down from the shower'd halo,
Up from the mystic play of shadows twining and twisting as
if they were alive,
Out from the patches of briers and blackberries,
From the memories of the bird that chanted to me,
From your memories sad brother, from the fitful risings and
fallings I heard,
From under that yellow half-moon late-risen and swollen as if
with tears,
From those beginning notes of yearning and love there in the
mist,
From the thousand responses of my heart never to cease,
From the myriad thence-arous'd words,
From the word stronger and more delicious than any,
From such as now they start the scene revisiting,
As a flock, twittering, rising, or overhead passing,
Borne hither, ere all eludes me, hurriedly,
A man, yet by these tears a little boy again,
Throwing myself on the sand, confronting the waves,
I, chanter of pains and joys, uniter of here and hereafter,
Taking all hints to use them, but swiftly leaping beyond
them,
A reminiscence sing.

Whereto answering, the sea,
Delaying not, hurrying not,
Whisper'd me through the night, and very plainly before
daybreak,
Lisp'd to me the low and delicious word death,
And again death, death, death, death,
Hissing melodious, neither like the bird nor like my arous'd
child's heart,
But edging near as privately for me rustling at my feet,
Creeping thence steadily up to my ears and laving me softly
all over,
Death, death, death, death, death.
Which I do not forget,
But fuse the song of my dusky demon and brother,
That he sang to me in the moonlight on Paumanok's gray
beach,
With the thousand responsive songs at random,
My own songs awaked from that hour,
And with them the key, the word up from the waves,
The word of the sweetest song and all songs,
That strong and delicious word which, creeping to my feet,
(Or like some old crone rocking the cradle, swathed in sweet
garments, bending aside,)
The sea whisper'd me.
The full poem is here.
Posted by Novalis at 2:14 PM

Umm.. I think you haven't fulfilled your Emily quota today - and she being so death-obsessed....shame!..(maybe too obvious)
This is for you Novalis (minus any sarcasm (!)...but feel free to read between the lines)

A death-blow is a life-blow to some
Who, till they died, did not alive become;
Who, had they lived, had died, but when
They died, vitality begun.

'If I seem to give a damn, please tell me. I would hate to be giving the wrong impression.'