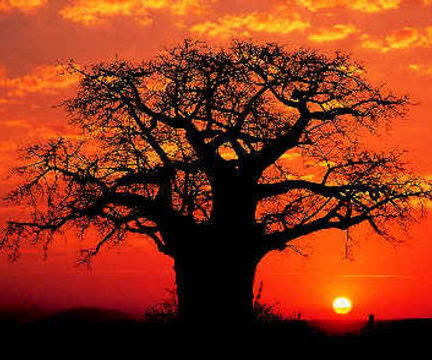 "Nothing in biology makes sense except in the light of evolution."
T. Dobzhansky
Yes, that quote is overexposed, but some things cannot be given too much honor. I am making my way through Melvin Konner's massive The Evolution of Childhood, which is wondrous as a compendium of biological and anthropological research, but not really recommended except for fans of evolution or psychobiology. For beach reading look elsewhere.
With the exception of the very real possibility of God's non-existence, which finally got through to me around age 17, I would say that no single idea has struck me with so much force as Darwin's theory. Once its awesomely simple explanatory power made itself felt, so many other seemingly unrelated phenomena clicked into place. And evolution endows humanity with the dignity of deep time and deep history. To learn that creationism is true would be like learning that the universe was switched on five minutes ago, containing the illusion of a 13.7 billion year past. As Darwin noted in wrapping up The Origin of Species, "there is grandeur in this view of life," the notion that the living world has boot-strapped its way to its current dizzying variety over 4 billion years on this planet. Each new organism, whether virus or human, is a biological hypothesis unwittingly put forth by the universe.
Perhaps I fell in love with evolution, as it were, through the writings of the archaeologist and poet Loren Eiseley, for whom the barely fathomable past of Homo sapiens held the haunting sublimity of the ocean or of deep space. For him evolution, far from answering all our questions, poses profound metaphysical and moral mysteries. If there is anything that evolution teaches, it is that our species was never inevitable, and represents no culmination. The contingency goes all the way down, and we too shall pass. There is comfort in that. This reassurance removes us (as Plato might put it) from rooms of smoke and mirrors into open sunlight, where we all find ourselves on the same endless plain.
What does evolution mean for psychiatry? Much in theory, perhaps little in practice. A few thoughts as I understand them:
1. Evolution, unlike God, does not care about our happiness. Reproductive fitness is not inconsistent with suffering, which is not to say that suffering is our normative condition.
2. Evolution, unlike God, is not perfect; it merely makes do with the conditions at hand, which leads to very imperfect designs, such as the human lower back, and perhaps, schizophrenia, mental retardation, etc.
3. Evolution operates at the level of the gene, so certain psychological conditions (of anxiety, depression, or mania) may be adaptive at lower intensities but maladaptive when (more rarely) large numbers of predisposing genes congregate in individuals. Much distress results from bad luck.
4. Evolution is always context-dependent, so certain genes (for obesity, ADHD, or substance abuse) only became problematic in environments of high caloric density, literate technocracy, or the easy availability of intoxicants, respectively.
5. Evolution helps with understanding and acceptance, but by virtue of the naturalistic fallacy (the effective is not necessarily the good) it tells us nothing about what we should value for the future. Henceforth we guide our own evolution, however hapazardly. This may be why evolution can seem to mean either everything or nothing: it has the potential to explain all, but in the form of a consciousness that could theoretically turn its back on all that (or so it seems). As a recent review of what the "post-humanists" are up to suggests, this may reflect our brilliance or our ultimate folly. Is accelerated change a threat to human nature, or the truest embodiment of human nature? Beyond a certain point self-transformation is logically and formally tantamount to suicide, is it not? Even the humble bacterium has the wisdom not to reject its own nature. Consciousness is about the always precarious integrity of identity. Would I still know you on the other side of the Singularity? Would I know myself?
Posted by Novalis at 12:10 PM

I don't subscribe to the idea of the uninterferred purity of human nature and biology as being sacred, and biotechnological meddling as an abomination. Actually, I believe the static anti-evolution of unchange and the moral upholding of regressive ideas of what it means to be human is an abomination. Is identity as a steady stream of consciousness that never wavers in its 3 dimensionality so valuable? WHy not 10 or 12 dimensions?...why impose limitations? What do we fear losing that the gains won't more than compensate for the apparent deficit?

Genetic codes are ours for recreation/remodelling/reengineering. Then a 700 yr life span might be liveable....even enjoyable. I think we should play at being human and not be artificially 'pure'. Evolve, create and be toward the next death. Nothing repulsive about humnan-machine hybrids.

Yes, I go back and forth on the issue. Certainly there is nothing static or pure about human nature, and anyone with a knee replacement is already a human/machine hybrid.

It is when one extrapolates such trends into extreme territory that things get interesting. For even basic identity depends on the existence of limits, and much research shows that beyond a certain point, a proliferation of options tends to make people unhappy.

Even the greatest of creators--Shakespeare, Mozart, Raphael territory--created only from contingent talents and influences. What if one could *choose* one's talents and influences at any given moment--could one become a meta-creator, or would one tend to drift, buffeted to and fro by whatever the hive mind might find hip at the time?

I was highly amused a few years ago when I typed "Book of Job" into some search engine (I'm sure it couldn't have been trusty Google) and got the inquiry "Did you mean *boob job*?" That pretty much shows the state of the culture.

But it raises the issue of who is doing the choosing when it comes to self-enhancement. Does the average person getting plastic surgery (male or female) choose to do so out of the free exercise of identity, or is his/her choice being made whether implicitly or explicitly by cultural expectations? Certainly there will be great individual variation, but what is the mean?

This raises the possibility that the Singularity, while seeming to promise ideal individual autonomy, could in fact make the species more of a collective than ever. The whole "conscious individuality" thing could prove to be an evolutionary hiccup. Back to the ants! They will survive us after all (or at least a few in my kitchen will).

Yes, infinite access to infinite choice could well lead to hellish insipidity. Nothing to aspire to; nothing to inspire. Everything within effortless reach...

I don't think anyone can escape cultural influence. It's a constant in the chain of causality. Although it would be nice to think that we could somehow modulate its contribution without being a complete slave to the expectations it imposes upon us. Culture should inspire possibility, not uniform slavery.

Interesting how individual consciousness is considered the acme of an evolved species. As you said, it could just be a hiccup. Maybe a diffuse collective consciousnes with an emergent exponential explosion in intelligence is the true mark of an evolved species. The end of the ego. The end of crime/sin? Uber-moral species? ha! unlikely. I'd say morality will become an obsolete, very alien concept.

Yes, but don't ants have a morality, even if a very rigorously hard-wired one? It is only with conscious deliberation that morality becomes non-obvious, even downright puzzling.

Hell is infinite choices. One starves before a spread out banquet, unable to decide which delicacy to devour first. All parents (particularly those with kids with ADHD) also discover fast that one has to be very careful how one frames choices and to limit the available options or chaos ensues...

Thinking of those theorists of the universe as written in binary code (who???)

I am always hyping this book, but Julian Jaynes "Origins of Consciousness in the Breakdown of the BIcameral Mind"" is awesome. Talks about possible changes in brain anatomy and function that led to human consciousness, and how people's perceptions of the divine changed with it...Just READ IT! (Old book, from my youth, so you may not have seen it, young un!)

I've seen ants carry their dead/injured friends. I wonder if they are expressing a rudimentary form of grief. Maybe they also have a modified ant version of morality. I would think that ant morality would be conducive to their species' perpetuation or self-preservation, and not really an innate desire to be 'good' for its own sake (there is evidence to suggest that all humnan morality is not motivated by ultimate selfish ends). But who am I to speak on ants' behalf? Ant collective consciousness could be conspiring against the human race as we stupidly ponder with our pathetic individual consciousnesses...

Yes, that Jaynes book has been on my mental "one of these days" list for years--maybe this time I'll get around to it...