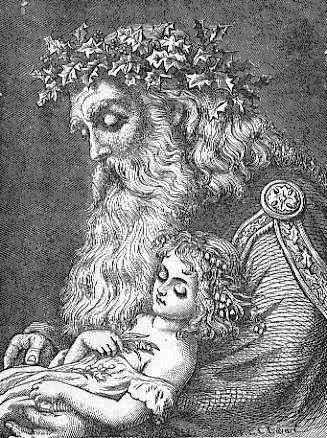 "It is a wise father that knows his own child."
The Merchant of Venice
In sharing Toy Story 3 with a packed house of the next generation yesterday, it occurred to me that the toys are fundamentally parental figures, not stand-ins for kids, even if they act in a playfully juvenile fashion (as parents are sometimes wont to do). My memory of the first two movies is vague, but I don't recall the biological father of Andy, the boy whose toys these are, playing much of a role. It is Woody who is his father figure, with Buzz and the rest acting as kind of extended family. They belong to Andy, yes, but in the sense of needing to be there for him. It is interesting, and a bit sexist perhaps, that none of the toys occupies a maternal role (although yes, Andy does have an actual mother, and Mrs. Potato Head is grandmotherly I suppose).
The movie is sad because Andy is moving on to college, and outgrowing his toys the way children outgrow their parents, i.e. significantly but not totally. The toys are ageless in the way that adult parents are ageless; between the ages of, say, 30 and 60, adults--and parents--usually don't change dramatically, especially in their children's eyes. Of course, the toys' declared rationale is that Andy needs them, and they are reluctant or unable to acknowledge their need for him, or their need for his need of them. The toys worry that they are obsolete and over the hill--obviously this is a concern of parents, not children.
In recent evolutionary posts I have implied the way in which human beings come to life possessed of an incredible inertia, and yet in our contemporary cultural folly, this is often assumed to be an inertia of stasis, when nothing could be further from the truth. In fact, human beings come into existence embodying an immanent inertia of developmental momentum built up over several billion years. Children are less lumps of clay awaiting molding than they are rushing rivers capable of both cleansing and bowling over anyone in their path.
Much talk of the decline of parenting seems to be in the air; fertility rates are declining most places (although not quickly enough to quell concerns of population-related environmental catastrophe)--the childless seem more numerous than ever before in human history. And studies suggest that parenting doesn't make people happy, quite the opposite. Courtesy of Arts and Letters Daily, Bryan Caplan suggests that parents bring their distress upon themselves in an illusory faith in their own ability to shape their offspring. Basically, our self-imposed pressure is unreasonably high. Numerous studies show that absent frank abuse or deprivation, children grow up to be some permutation of their parents, but not because of specific parenting practices (reading habits, family dinners, curfews, schools, etc.), which don't matter much in the long run, but because they bear their parents' genes. For evolution, propagation is too crucial to entrust to local and contingent parenting practices.
Examining studies purporting to demonstrate the unhappiness of parents, Sonja Lyubomirsky, considers several alternatives. One is that children endow a life with meaning in a way that ultimately matters far more than transient states of satisfaction captured by happiness surveys. Another is the possibility, similar to Caplan's, that parenting is far more difficult and anxiety-provoking now than it has been for most parents in human history. While in most pre-modern cultures parenting was shared by extended family (or indeed "a village"), now it is undertaken primarily by the nuclear family, or all too often, by the single parent. Added to this is the unreasonable sense of parental responsibility for outcomes. I would mention also that today's pace of cultural change generates anxiety; for most of history parents could justifiably assume that their children and grandchildren would inhabit a world very similar to theirs--I can't begin to imagine what sort of world could await my grandchildren.
I am not so cynical as to maintain that most people have children out of a narcissistic urge. Human beings know, of course, that they are not living on through their descendants; rather, they seek to perpetuate values and ways of life that are dear to them--children are votes cast for the future of humanity. I seek to share nature or the arts with my kids not because such things will "improve" them (whatever that means), but because I want them to love what I deem worthy of love, and because I want them to help further a world in which such things have value. There are, of course, other ways to cast votes for the future, through teaching, good works, etc. For better or worse, most human beings crave the materiality of grandchildren.
Posted by Novalis at 4:45 PM

Could having children be an attempt to defy biology, not perpetuate its imprints, through cultural sculpting? A subconscious defiance to improve on the fallible given and create the ideal? Anti-narcissistic? Hatred of the self, love of the ideal other whom biology could never replicate?

Androids are uncontaminated with biology - and consciousness, so far anyway...the paradoxical realisation of the human ideal without humanity?

Or just plain fear of loneliness.

I've also thought of children as an unconscious means of having a stake in the future (the present, even); a tethering so that one isn't tempted to just wander away.