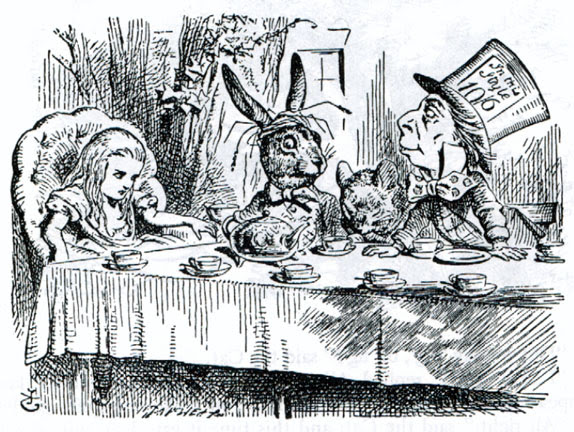 "Even paranoids have real enemies."
Delmore Schwartz (?)
A local Republican candidate for congress has suggested that the gulf oil spill may have been a government plot. He does not claim outright that this is the case--indeed he admits that no facts support his speculation--but he has decided to add the possibility to the national discourse on the matter.
In the same spirit, I would like to take the opportunity, here, to raise the possibility that, as many have suspected, the moon is in fact made of green cheese. Granted, there are no facts supporting this claim (indeed, there may be so-called "facts" contradicting this claim, according to the liberal media), but I have long suspected that, well, the earth's lone satellite is not all that it would appear to be. Open discourse in this country necessitates free debate as regards the composition of the moon, as with all matters, and I hope that this proposal will not provoke any attempts to shut down my First Amendments rights in launching the discussion. In fact, the Obama administration may have found the oil spill to be a useful diversion from the true state of the heavens.
I find it very interesting that the oil spill occurred in the Gulf of Mexico and not next to Obama's home state of Hawaii. Wait, he wasn't born in Hawaii, was he? Well, he vacations there at any rate, and doesn't want oiled beaches on vacation. There are no oil rigs off of Hawaii? No matter. I haven't heard of any oil spills off of Kenya either.
Posted by Novalis at 4:29 PM

It is psychologically easier to see our leaders as more in control rather than as less in control. Better malevolent than incompetent...

When in doubt, invoke evil!

All leaders are absurd in their own way. Boris Yeltsin was a lot of fun! Oh, he had moves...

Speaking of incompetence, for some reason Blogger is not indicating the number of comments accurately...

I've had lots of trouble with Blogger lately also (getting links embedded in posts, getting a lot of error messages)

But you're slipping: you missed a great opportunity to say that people would rather posit a malevolent than an incompetent (or forever absent, mentally or literally vacationing) God...