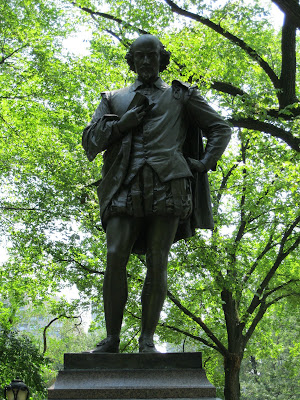 "Nothing will come of nothing: speak again."
King Lear
An older fellow presents with chronic depression, personality disorder, social isolation, medical problems, and a deeply ingrained sense of bitterness and entitlement. However, he is highly intelligent, erudite, and possessed of an acidic, acerbic wit, making a session with him a bleakly endearing clinical approximation of reading Samuel Beckett.
He declares that while he has no imminent plan or intent, he deems it "92%" likely that within five years he will be dead "by my own hand." And yet, two minutes before the end of our meeting, he asks whether I know of any wisdom that he ought to keep in mind if or when the suicidal bug should bite him in the future. Interesting bit of intellectualization, that.
Ah, for a transcendent mantra that could tear the scales from the suicide's eyes and show the world in all of its eminently worthwhile glory! I'm thinking of a phrase that, when uttered, would silence the most raucous city street and bring the mighty to their knees, that would be like a compound of: the Holy Grail, the ultimate Om, fragments of the True Cross, the Philosopher's Stone, the meaning of Zen, the Ark of the Covenant, the Fountain of Youth, the proof of the existence (or non-existence) of God, the proof that Shakespeare wrote (or did not write) Shakespeare, the Theory of Everything, a perpetual motion machine, the Aleph of Borges, and the One Ring of Sauron (which, recall, did not permit its wearers to die).
But alas, that fantasy is akin to keeping a tower upright by proposing to blast it perpendicularly into space, when in reality its supports are far more prosaic, comprising deep-seated attachments between stone or steel and the earth from which they came. And of course that's what the request entailed: attachment, not anti-gravity thrust. "We'll talk about it next week."
Posted by Novalis at 5:49 PM

92%...hahha..You should ask him to calculate the worth of every existential irritant life has to inflict and to what degree it contributes to suicidal necesssity, on its own and in every possible combination with all the others. That should keep him occupied...and provide entertainment for everyone else.

Oh, Anon, it not permitted to say such things; in quasi-fictional composites like this, we aim for wisdom, not entertainment. I think you are sometimes too dry-eyed for me: per Oscar Wilde, "Life is a comedy to those who think, but a tragedy to those who feel."

As in this case, no worldly bitterness is too weighty to utterly crush a basic spiritual urge.

This is one of those very difficult moments in psychotherapy, especially because it comes in the first session. First sessions do tend to lay out the essential problems, usually in the cryptic ways. We only recognize this later when we go back to the first session.

A few observations to take with a big rock of salt:

It seems that the patient may be given to communicating the most troubling aspects of his internal world by inducing unpleasant feelings in you rather than expressing them in narrative form. I wouldn't suggest a response to him because I have none. The patient’s question and the feelings it induces likely has multiple purposes. The temptation for the therapist is to "get this lousy feeling off of me" in any number of defensive ways that either helplessly concede to the patient’s sense of futility or aggressively strike back in some subtle or not so subtle way. In an ongoing therapy one can simply not respond. In a first session, there is a greater pressure to prove our worth which almost inevitably leads us to respond with banalities that show us to be as inept as the patient probably feels underneath all of the brilliant wit and intellectualization. That could be one part of the purpose behind the question and it presents a challenge: are we going to go down the same futile roads he’s already found wanting?

Perhaps the question also tells you about the place where the patient is stuck feeling helpless to do anything about his internal persecutors (the ones that are determined to kill him). So far he only has the bromides he’s heard a million times or his more complicated but utterly futile intellectualizations.

One way to think about questions like this is that they also represent resistances in that they resist the process of contemplation and exploration by pressuring the therapist to abandon what he or she knows to be the only worthwhile course, which is serious joint deliberation that doesn’t occur in the last minutes of a first session. The patient already knows the honest response to his question: "No, I don’t have such wisdom." But if we give that answer we may end up feeling that we’ve conspired with his helplessness. Perhaps he’s assessing our confidence given that he’s trapped us with no immediately evident way out—just the predicament he feels he’s in. Are we willing to join him in the place he’s at? But he did say there was an 8% chance this could work. In other words, he has a bit of hope; he knows there are answers and he may even believe that there is an 8% chance that you’re the person for the job. I know, that’s not encouraging, but I think he’s letting on that this isn’t an impossible task.

Okay, so now I think of his question in two opposing ways. On the one hand, the patient may want to foil the therapy and avoid unearthing unbearable but ultimately healing truths, but in another way he might be attempting to establish whether you’re up to doing the job which will be evident if you don’t give him a worthless, futile lie, showing him instead that you have the courage and the wisdom NOT give him an immediate defensive response. In other words, he’s deeply ambivalent about therapy, wanting and needing help and reluctant to embark on what is potentially a very painful process unless he knows you are seriously up to it, for real.

I must mention that I feel quite presumptuous throwing all of this into the pot because I don’t generally feel I can offer serious insight without a lot more information within the context of a give and take process. Perhaps I’m feeling a bit of what you felt, via a parallel process.

X, thanks for your generous comments. Certainly there could be a lot of (unconscious) communication here: "Feel what I feel. Can you tolerate it? What makes you think you can help? Stay. No, go away." Psychotherapy must make do with the limitations of process without resorting to the temptations of vertical transcendence.

Novalis, no offence intended. I don't routinely construe other people's misfortune in the comedic light of entertainment value (...errr..only on special occasions..and only when the victim asked for it in many words). No, honestly I only take the piss out of my own tragedies. I will venture to add that it is perhaps because I feel too much that I often (good-naturedly, not maliciously) contaminate the purity of a tragedy with harmless shards of reflected light.

Wisdom: most people suffering in the swamps of futile existence just want to be told that some part of their life means/meant something in terms of making a positive difference, however small. A difference no other human could've uniquely made. A tangled thread, rather than an unused reel. An iota of indispensibility in the junkyard of a human existence.