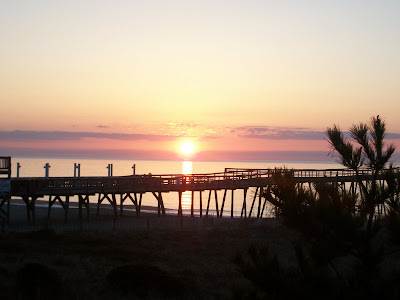 "The whole of existence frightens me," protested the philosopher Soren Kierkegaard; "from the smallest fly to the mystery of the Incarnatiion, everything is unintelligible to me, most of all myself." By contrast, the evolutionary reductionist Ernst Haeckel, writing in 1877, commented that "the cell consists of matter...composed chiefly of carbon with an admixture of hydrogen, nitrogen and sulphur. These component parts, properly united, produce the soul and body of the animated world, and suitably nourished become man. With this single argument the mystery of the universe is explained, the Deity annulled and a new era of infinite knowledge ushered in." Since these remarks of Haeckel's, uttered a hundred years ago, the genetic alphabet has scarcely substantiated in its essential intricacy Haeckel's carefree dismissal of the complexity of life. If anything, it has given weight to Kierkegaard's wary statement or at least heightened the compassionate wonder with which we are led to look upon our kind.
"A conviction akin to religious feeling of the rationality or intelligibility of the world lies behind all scientific work of a high order," says Albert Einstein. Here once more the eternal dichotomy manifests itself. Thoreau, the man of literature, writes comopassionately, "Shall I not have intelligence with the earth? Am I not partly leaves and vegetable mould myself?" Or Walt Whitman, the poet, protests in his Song of Myself: "whoever walks a furlong without sympathy walks to his own funeral drest in a shroud."
Loren Eiseley, from "Science and the Sense of the Holy"
Posted by Novalis at 3:39 AM

Nice picture. Would be hard to go to church, even as a believer, when that was the other option.

Yes, we're all mutations of the same underlying multi-substance. We share a common subterranean reality that does not define us, but rejects us.

Where you might say that Christian moral teaching falls short is that it offers no road map or guidance on the problem of identifying unconscious evil intent. One could read the entire NT assuming that the dirty contents of the cup refers only to knowable, conscious, deliberately concealed ill will.

Perhaps the biblical Paul can be seen as alluding to unconscious life when he talks about the necessary centrality of love because all of us, even the most learned and religiously fervent, see through a glass darkly. That is far from an explicit reference to unconscious motivation, but it does say that there is much we don't see. His prescription is love, which he says serves better than endless intellectual pursuit of theological perfection. We also see biblical references to knowing the truth of the heart and the truth of God, but again, no direct description of bedeviling unconscious motives that so often render application of the love prescription all but impossible.

And what of moral accountability when so much is driven by unconscious factors? For me, personal moral accountability is more deeply connected with the habit of moral self-skepticism and the difficult pursuit of self-knowledge rather than external laws, philosophy or airtight ideology. On a social level, the law, at its best, places consensual, necessary limits on behavior, but morality as an individual matter is more about the truth of the heart and the often elusive spirit of love than it is about any codified law.

I realize that there is nothing earth-shatteringly original about what I’m saying. Arguably, many adults understand all of this intuitively, even if they can’t articulate it in every case. But I can’t think of a more widely shared but regularly ignored insight. It’s almost completely absent from the popular public discourse on culture and morality, except to self-righteously dismiss it as postmodern, moral relativism. That’s another subject I could go on about far too much.