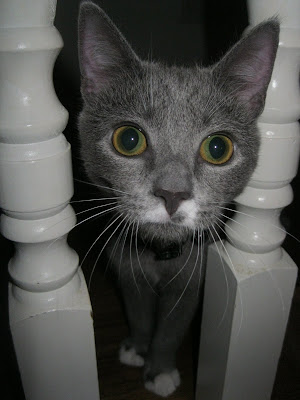 A couple of recent links usefully examine the empirical and moral implications of religious belief. Tim Crane considers the ambiguous relation of faith and evidence, pointing out that while a demanding need for evidence for God is seen to reflect a fragile faith, it is nonetheless the case that religion collapses without a crucial intersection between the supernatural and the historical record.
John Cottingham, reviewing books by Mark Johnston and Andre Comte-Sponville (unread by me), suggests the paradoxical moral effects of specific belief. His review reminds us that belief in a personal God, with its implied promises of salvation and heavenly reward, cannot escape entirely the taint of idolatry and self-interest. The highest, most heroic spirituality would be that which conducts itself as if God existed while relinquishing any actual belief that this is the case. That is, the truest Christian, even if it could somehow (impossibly) be conclusively demonstrated that Jesus Christ was merely a man, would go on just as before.
However, Cottingham argues, in a way that is probably familiar to readers of this blog, that without the existential anchor of actual theistic belief, religion loses all specific content and disintegrates into well-meaning but empty notions of the life force. And worse, he claims that the project of a fully secular ethics is ultimately doomed, that without the foundation of communal faith underlying Western civilization, the elaborate complexities of Locke, Kant, etc. have no binding force.
This introduces a paradox of morality: so long as it is buttressed by a personal God (who by implication may dole out rewards and punishments), it is primitive and tribal in nature, but if God is jettisoned, morality becomes metaphysically optional. Cottingham clearly prefers the former as the lesser of two evils. Of those who, like myself, are non-believers yet do not routinely indulge our worst impulses, he would presumably say that we are either merely timid or are ungratefully coasting on a sense of decorum stemming ultimately from the Western faith we profess to be unmoved by.
I guess I see secular morality as a historically novel trend, as unprecedented in our ancient evolutionary history as, say, scrupulous regard for the welfare of animals or acceptance of antipodal human beings as something other than targets for conquest. I think that the emotional roots of religion are biologically deep, but that they can find other soil than historical theism. After all, the historical specificity of faith accentuates the paradox of religious tolerance: if a Christian truly believed that a Muslim's tradition were as valid as his own, he would have no compelling reason to remain a Christian. Instead, he consents to respect the Muslim point of view, but for reasons of social concord that lie outside of faith itself; for monotheistic gods are inherently jealous.
But to return to Crane's point about history and faith, it is important to recall that belief cannot avoid being mediated through and through, as the crucial roles of Scripture and the Koran reveal. When I say that I do not believe in Allah or the Christian God, I am really saying that I do not believe that the assembled writings of various Middle Easterners of 1300 or 1800 years ago reveal anything more than compendia of hearsay. It is not God that I disbelieve in; it is a specific historical product of deeply fallible humanity that I disbelieve in. Similarly, those who profess to believe actually subscribe to a particular and all-too-human historical tradition, in the absence of which religion sublimates into a vapor of vague feeling.
It could also be said that I (presumptively perhaps) await the one and true religion, which will come after all of these false starts. I propose a return to the Egyptians, those worshippers of cats and of the sun.
Posted by Novalis at 4:33 AM

Brain dead today, so will just ask, is that your cat? Awwwww! Will come back later when my brain is working, to do your post justice....

Yes, as of yesterday. My daughter named her Annabelle.