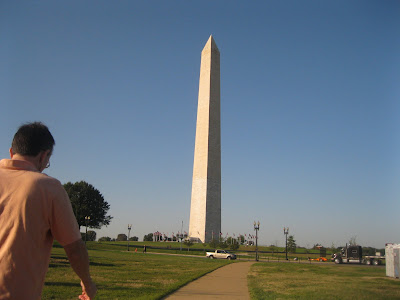 "Hope is itself a species of happiness, and perhaps, the chief happiness which this world affords."
Samuel Johnson

Happiness has been a hot and trendy topic in psychology for a while now. Philosopher David Sosa explores the concept by contrasting it with the experience of mere pleasure; using Robert Nozick's famous "brain in a vat" thought-experiment, he argues that happiness must consist in "human flourishing," which, while somewhat question-begging, does imply that human beings finally crave reality as a field of action, and not merely the kind of virtual subjectivity provided by, say, drugs (or of course the Internet, which is now a more plausible instance of virtuality than Nozick's 1974 chemical one). We stand in deep need of a real external world; the solipsist may think he is happy but he is not.
Sosa's argument suggests that happiness may be more objective than subjective, that is, an individual may not be the best judge of his own happiness. And the degree to which we can control our own happiness is forever in question. According to ancient Stoics and Zen Buddhists, we have the capacity to manage our own consciousness to the point of invulnerability to external accident. But skeptics of many stripes have disagreed, claiming that grave losses or hurts may seriously impair happiness.
Perhaps, to paraphrase Shakespeare's Malvolio, some are born happy, some achieve happiness, and some have happiness thrust upon them; happiness is some kind of interaction of temperament and luck. As today's illustration suggests, I happened to be in Washington, DC over the weekend. Surely George Washington led one of the happiest of lives, and not because he was consciously exultant: a middling Virginia planter and mediocre military man, his character coupled with happenstance propelled him to a truly charmed position in an insurgency apparently destined for greatness.
Happiness is not only not congruent with pleasure--it may be compatible with considerable suffering. Did Abraham Lincoln have a happy life? While he was a jovial sort at times, and an ambitious man who surely knew his own magnitude, he also suffered grim depressions, presided over national mayhem, and died grievously. And yet the scale of his moral achievement, as well as his lasting status as the most beloved of presidents, confers an indisputable happiness upon his life, just as the verdict of history renders Mao Tse-Tung's an unhappy life even if the tyrant died serenely at peace.
Is depression consistent with happiness? I think it depends on severity in a way that is comparable to the experience of pain. Many with chronic, low-grade distress, whether emotional or somatic, may achieve a certain detachment from their affliction that affords scope for happiness. Similarly, episodes of severe melancholy or pain, when transient, may be "happily" endured. But depression is unique among maladies in that a sense of hopelessness is itself a cardinal symptom, making it one of the chief obstacles to happiness.
Posted by Novalis at 3:35 PM

Happiness is more of a tidal movement than a state which can be qualified in a momentary shot of snapped time. It's temporally apprehended only in a sidelong glance, and immediately vanishes when in focus. I don't think there's any distinction between real, imagined or simulated happiness. It's all just the ghostly currency we purchase life with.

And now, about that photo. Sometimes a ;monument is just a monument?

You have to admit, it's easier to spot than the Vietnam Memorial--any other significance here is surely incidental.

And Anon, yes, inasmuch as virtuality (whether artistic, chemical, or online) is merely an extension of reality, happiness can be found there too. The question perhaps is whether, on a case by case basis, virtuality is a corruption or an enhancement of the reality from which it originates.

Liked the Johnson quote. The ability to reawaken hope in the despondent is so important in your profession.

Have always loved the Dickinson line about hope as "the thing with feathers". Can be crushed, or can soar. It all depends...

Oh I know...but when it comes to monuments, size does matter don't you think?

And yes, it can be challenging to inspire hope without sounding like Norman Vincent Peale.

Well THIS is 4x the size (approximately).
http://en.wikipedia.org/wiki/Burj_Dubai

Virtuality has its own authentic quality which can't be simulated by reality.