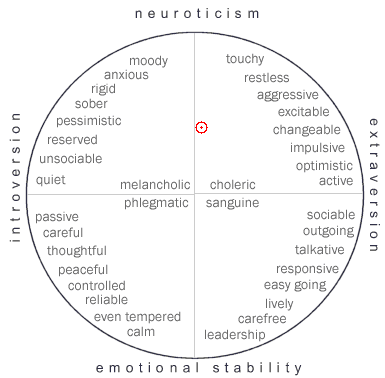 After an email I sent about a mutual patient complaining of irritability, her wise therapist commented to me on how many more patients she had seen with anger issues in recent years. She wrote, "My belief is that we are witnessing a 'cultural disorder,' with skewed attachments, a sense of entitlement, a lack of accountability, and a crisis of conscience." I too have been surprised by how many patients present with not only dysphoria, but with barely contained annoyance over the conditions of their lives.
Considering how many patients present with symptomatic behaviors of rage episodes and "going off on people," anger per se is surprisingly uncommon as a cardinal diagnostic symptom in psychiatry. As always, it all depends on context. General irritability may characterize depression, mania, or ADHD. Men in particular seem to react with defensive rage when threatened by anxiety. Borderline, narcissistic, and antisocial personality disorders often involve an inability to modulate indignation and temper.
A Times article discusses the occurrence of bullying at ever early ages (think Kindergarten), attributed speculatively to controlling, snarky parents as well as a general media culture valorizing materialism and mean-spiritedness. After several decades of sociologists decrying the disconnectedness, narcissism and entitlement of up-and-coming generations, are we seeing the fruits in an increasingly thin-skinned populace, in both clinical and political terms? Is resentment mutually amplified by the man on the street, virtual and media alter egos, and the much vilified political establishment? Indignation and claims of victimization are everywhere and are thereby cheapened.
Posted by Novalis at 5:34 PM

I think bullying has more to do with a failure of parenting. If kids are put in day care or left to sitters of dubious quality and/or neglected by a stressed out single mother who never marries but has a string of boyfriends, they will not have reliable role models, disciplinarians and grownups who set boundaries, standards and goals for acceptable behavior and accomplishments. You end up with Lord of the Flies. It is quite possible to remain involved, even enmeshed, and meddling enough to figure out that a kid's friend is beaching a druggie and should therefore be avoided (kids do what their friends do). You have to be in physical proximity to them enough of the day to hear their chatter (they think you are the car and don't exist) to get a read on bad stuff happening. I am not talking about helicopter parenting. But, for example, when a revolting little delinquent mooned and harassed and made lewd comments in front of cheering friends on the street at my daughter and her friend (no adults around), and the girls came home and told us? We called the other girls' parents, then called the boys' parents and insisted thatnthey bring him over to the house to apologize and swear never to treat anyone like whatever again. The boys' parents were mortified, as we knew them from church. We said simply that we would be satisfied with a sincere apology for now but that if anything happened again, we wou.ld call the police and would document what had already happened. The kid had a bad rep and had been expelled from choir for appalling and nasty treatment of others. However, he apologized, and there were no more incidents.

This kind of thing only works when parents care, and have reputations they do not want to lose, obviously.