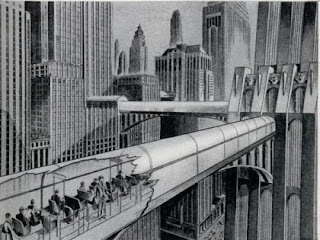 Those interested in both the history of psychiatry and the vagaries of diagnosis are always wondering whether it is merely our perceptions that are changing, or whether the stuff of human experience is actually changing in its own right, whether due to the headlong metamorphoses of technology and society, or to genetic changes, or what have you. Arguably three diagnoses prompt this question more than any other: autism, attention deficit/hyperactivity disorder (ADHD), and bipolar disorder (particularly in children). Several recent articles revive these questions.
1. Gregg Easterbrook reviewed evidence suggesting that there could be a link after all between autism and, not vaccines, but rather television in early childhood. The study in question suggested that a rise in autism rates correlated with rises in cable television development in the early 1980's. This is far from conclusive, and no causation has been proven, but it it yet another reason to limit TV especially during those early years.
2. In two pointedly titled articles, "Is Google Making Us Stupid?" by Nicholar Carr and "On Stupidity" by Thomas H. Benton, marked changes in learning and intellectual styles of those growing up in the first Internet generation are considered, and not favorably for the most part. These two writers echo many other educators and cultural observers in claiming that young people in particular, compared to those who matured before the digital onslaught (Internet, Ipods, cell phones, etc.), exhibit a number of characteristics that make serious academic work problematic and that raise concerns about the future capability of both individuals and society as a whole.
In particular, they argue that students today tend to be incurious and intellectually complacent on the one hand and academically entitled on the other, which can be a toxic combination. They can be impatient with the slow work of reasoning and argumentation, tending instead to appeal to relativism and the importance of their own feelings. They are, of course, easily bored and easily distracted. As a group they tend to be rather passive and to require a good deal of external structure.
These are, obviously, speculations and should not be carelessly generalized; these two authors also acknowledge that young people today also have skills that no prior generation has had, and that there are different valid ways of learning and thinking. But overall there is a real concern that superficiality and a lowering of intellectual standards are growing issues.
For psychiatrists this may be relevant in two ways. One is the growing prominence of adult ADHD, particularly in those who were never diagnosed with the disorder in childhood. People are actually starting to talk about true "adult onset" ADHD; it doesn't seem too much of a stretch to suppose that the digital environment could tip susceptible individuals into that kind of symptom cluster.
The second issue may be the status of psychotherapy versus psychopharmacology. For years of course people have expressed concern about the explosion of antidepressant prescribing. One reason for this--in addition to other likely reasons such as the economics of psychiatry, and the influence of pharmaceutical companies--could be a gradual shift in the median cognitive styles of those seeking (and providing) treatment. Psychoanalysis depended in its heyday on large number of prospective analysts and analysands with a seemingly endless appetite for self-exploration and hard intellectual and emotional work. The up and coming generations may expect a much quicker payoff and to have less interest overall in introspection itself.
Are we witnessing a significant shift in "human nature" itself as we become more intimately associated with digital technology? Any opinions out there?
This post is getting too long, so I will consider bipolar disorder next time.
Posted by Novalis at 12:15 PM