Psychiatry and its Problems 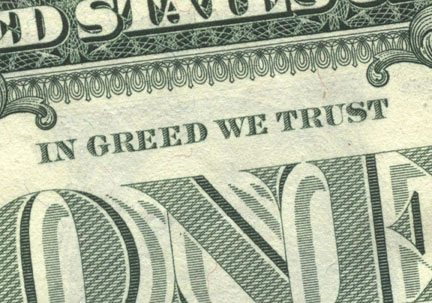 Prince: I see a good amendment of life in thee, from praying to purse-taking.

Falstaff: Why Hal, 'tis my vocation. 'Tis no sin for a man to labour in his vocation.

A couple years ago I saw a great New Yorker cartoon featuring a deeply dorky-looking fellow wearing a t-shirt emblazoned with the motto "I love my problems." That may have nothing to do with this post--I just thought I'd mention it.
No, this post is about the strange relations between psychiatry and the world's oldest profession. Forgive me, I repeat myself. Or so one might think from the most concise yet complete review I have yet found of psychiatry's troubling ties to the pharmaceutical industry, by Marcia Angell (former editor of the New England Journal of Medicine) in the current New York Review of Books.
As her article notes, the ties between big pharma and medicine are now deep, far deeper than patients suspect (reaching depths compared to which the recent decision to stop giving pens and other trinkets to doctors is nothing short of laughable). To my mind, the most profound issue is the corrupting bias of published research involving effectiveness of medication, as this endangers the knowledge base resorted to even by physicians who willfully bypass all other interactions with drug companies. In that sense there is no escaping the distortion.
The great hazard here for physicians is nihilism regarding published research, mirroring the nihilism one sees in others regarding the general news media. If reporting is demonstrably biased in significant numbers of cases, how can one believe anything? Barack Obama may well be indistinguishable from Osama bin Laden, and all antidepressants may be no better than placebo--who is one to believe in this crazy world? It takes care and attention to separate the trash from what is real--care and attention not likely to be in evidence at a boozy pharma-funded Continuing Medical Education program. I'll pay for my own wine, thank you.
Posted by Novalis at 5:20 PM

Just when you thought science was supposed to be unbiased and objective, the last bastion of irrevocable truth...Greed manages to stick its filthy paws in just about every area of life. Nothing is sacred; least of all health and well being.

It's a no-win situation: the pharmaceutical industries provide the funding for research, and when things go awry, they can easily settle charges with a drop in the ocean of their obscene wealth - and then continue about their evil ways, none the worse, just slighlty more smug and invincible.

What's the point when reality is so distorted? Maybe madness is the only truth worth buying into...

Very good points, Novalis and I like your NY cartoon digressions as well. I'd love to hear your take on one of those "boozy pharma-funded Continuing Medical Education" programmes. Happy New Year to you.