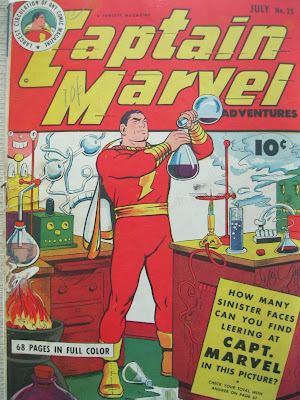 I have a new hero after reading a profile of neuroscientist and writer David Eagleman:
Eagleman rejects not only conventional religion but also the labels of agnostic and atheist. In their place, he has coined the term possibilian: a word to describe those who "celebrate the vastness of our ignorance, are unwilling to commit to any particular made-up story, and take pleasure in entertaining multiple hypotheses."
Sign me up--I want to be a possibilian.
The "guinea pig" complaint is far and away the most common one I hear about previous psychiatrists (and I'm sure it is said about me by those patients who move on to other prescribers). A new medication is tried every month, seemingly willy-nilly, without a sense of an overall framework or plan. A psychiatrist, plainly, is no auto mechanic. Psychotherapy, truth be told, really is a neverending experiment, but medication somehow is supposed to be different.
We know a vast amount about the effect of medications over large populations, but idiosyncratic variation in drug response remains too great to predict outcomes for individuals. In that sense medication reactions are almost like an extension of the assessment process. Treatment, diagnosis, and prognosis become one. Medication trials obviously don't give the same kind or precision of information that a brain MRI will give a neurologist, but they are very informative of a patient's dynamics and likely outcome.
The problem of prognosis is fundamental to psychiatry. Neurologists, even though they often can do relatively little about sometimes appalling diseases (MS, ALS, Huntington's Disease), nonetheless enjoy a greater stature than psychiatrists because, even if they can't do more, they know more. A patient would obviously prefer to get well, but if he can't get well, he wants to know what the future holds so that he can wrap his mind around it and plan accordingly.
There are of course crude measures of prognosis: general intelligence, education, financial and social support, and the presence or absence of past hospitalizations, suicide attempts, personality disorder, and substance abuse. But on a more subtle level, in psychiatry prognosis declares itself only over time, as the myriad variables involved in a mind interact with unique life circumstances. The physiological systems generating identity, behavior, and other aspects crucial to psychiatry are far more complex and unpredictable than those giving rise to, say, motor or sensory control.
The milder or more subtle a condition is, the harder prognosis can be to pin down. I can no more predict how a low-grade dysthymia will behave over decades than I can predict when a person might get married, or how much money they'll be making ten years from now. This isn't to say that I can't predict at all, but such prognostications are based as much on common sense (the past tends to predict the future, etc.) than on any grand professional expertise. Since I'm not allowed to keep a crystal ball in the office, I'm limited to indirect measures of understanding.
Maybe more psychiatrists should aspire to be possibilians, to "celebrate the vastness of our ignorance" rather than pretending to more knowledge than we actually have. Prescribing a medication isn't like performing an oil change--it is accompanying a patient in an experience of self-discovery. Physicians differ from drug dealers in that the substances we purvey, by social contract, must have minimal standards of safety, uniformity, and usefulness. In addition, we are expected to be wise and discerning students of human nature. Beyond that, things get interesting.
Posted by Novalis at 11:32 AM

Possibilian?: what a fantastic term!! I'm hereby converted! I was an atheist for a while, then an agnostic....but now..oh my possibilities! Yes, 'I want to kick over the whole f@#*ing chessboard' too! Can't wait for Eagleman's new book, by the way.