A Score of Scores 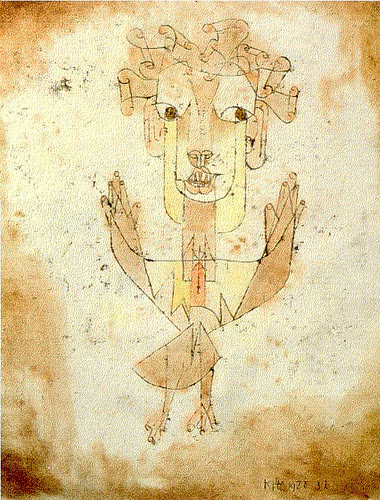 "Thus the whirligig of time brings in his revenges."
Twelfth Night

As mundane commemoration of this blog's 400th post, a few points on the infinite Web:
1. After I read this profile of Arvo Pärt, I went back and listened again to the wonderfully haunting "Tabula Rasa." It's spookily spiritual, scarily good, and perfect for Sunday Halloween this year. Music comes in two basic varieties: that which sets you in motion, and that which makes you more still.
2. The Atlantic on the unnerving unreliability of medical research. I have not been to a primary care physician in a dozen years, and barring any new or unusual symptoms, I hope to extend that streak far into the future (do not try this at home).
3. Melvin Konner on the likely primeval advantages of currently unfashionable distractibility and hyperactivity.
4. I happened to see three great local productions of Shakespeare comedies (Twelfth Night, As You Like It, A Midsummer Night's Dream) over the past two weeks. His comedies, entertaining though they are, are ultimately more disturbing than even the depths of Lear or the black hole of Iago because they show us the arbitrariness of erotic attachment. I was wondering why Macbeth wasn't making an appearance in the season of ghouls and goblins, but Viola, Olivia, Orlando, Rosalind, and Demetrius & Co. are finally more frightening than Lady Macbeth. Never look to Shakespeare for consolation--even the funhouse mirror does not flatter in the end.
5. The comedy club last night was uneven. Beyond a certain point, raunchiness is to true humor as bathos is to pathos; both are varieties of sentimentality, and failures of feeling. But okay for Saturday night.
Posted by Novalis at 1:09 PM